Symptoms of ovulation: the 7 signs

In this article, you will learn about the symptoms and signs of ovulation to watch for when trying to get pregnant. By learning to recognise the signs of ovulation, you will be able to plan sex with your partner accordingly, to increase your chances of getting pregnant. 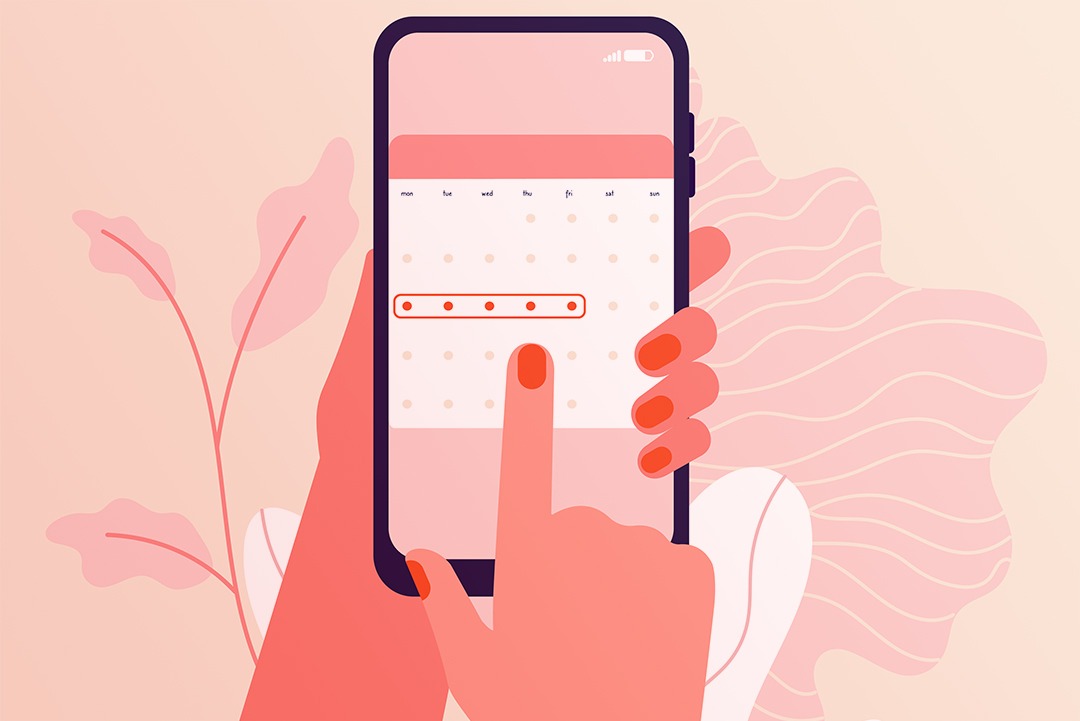 And even if you are not trying to have a child right now, a better understanding of the signs of ovulation can help you. Not only will you have a clearer picture of your menstrual cycle, but you will also be able to spot any symptoms of abnormal ovulation.

What happens when you ovulate? You probably learned in high school that ovulation is the phase of your menstrual cycle when a mature egg is released from the ovary, preparing for the possibility of fertilisation. Every woman is born with millions of immature eggs waiting to be released, normally one at a time, each month. During ovulation, the egg travels down the fallopian tube, where it can meet a sperm and be fertilised. For most healthy women, ovulation usually occurs once a month, a few weeks after the start of menstruation.

When are women fertile?

If you are like most women of childbearing age, your menstrual cycle lasts between 28 and 32 days, and ovulation usually occurs between the 10th and 19th day of that cycle, about 12 to 16 days before your next period.

The timing of ovulation can vary from cycle to cycle and from woman to woman. This is why it is a good idea to familiarise yourself with your body's menstrual calendar for at least about 3 months to better estimate your own ovulation cycle. Sometimes it is possible that ovulation may not necessarily occur, or may occur irregularly:

If you are pregnant;

If you are menopausal;

If you have any diseases or disorders (such as polycystic ovary syndrome or premature ovarian failure, among others);

If you are taking certain medicines (including certain antidepressants, anti-nausea drugs and chemotherapy).

In addition, other lifestyle factors, such as stress or being underweight or overweight (as measured by body fat percentage), can affect menstruation and ovulation. If you have irregular or particularly short (less than 21 days) or long (more than 35 days) menstrual cycles, you can have your cycles assessed by a doctor to rule out any medical conditions that may be causing these irregular cycles.

It is true that it may be more difficult to monitor ovulation with irregular cycles, but keep in mind that ovulation occurs 14 days before the start of menstruation, so even with irregular periods, you can still conceive at some point in your cycle.

How long does ovulation last?

Once the mature egg is released from the surface of the ovary, it can potentially be fertilised for 24 hours. However, it is not necessary to have sex on the exact day of ovulation to get pregnant! In reality, there is a six-day 'fertility phase' in your cycle - the five days before ovulation and the day of ovulation.

What are the signs of ovulation?

Whether you're trying to conceive or just want to know your body's signs of ovulation, these indicators, including home and over-the-counter tests, can help you know if you are ovulating (or about to ovulate). So what are the symptoms of ovulation?

First of all, note that these signs can vary from woman to woman. Nevertheless, there are several common ovulation symptoms you may experience. Before and during ovulation, hormonal changes can affect the whole body, causing ovulation symptoms. These can be an effective way of knowing when you are ovulating. Many women experience these ovulation symptoms five days before ovulation and can last for up to a day afterwards. If you don't notice any signs of ovulation, don't worry - it doesn't mean it's not happening. Read on to learn how to recognise them.

1. Changes in the cervical mucus membrane

As ovulation approaches, your body produces more oestrogen, making the cervical mucus elastic and clear, like egg white. This helps sperm swim to the egg that is released during ovulation. The amount of cervical mucus, its appearance and texture varies from woman to woman. To test for ovulation, insert a clean finger into your vagina, remove some of the mucus, then stretch the secretion between your thumb and finger. If it is sticky and elastic or very moist and slippery, it is a sign that you are fertile.

For some women, a more sensitive sense of smell in the second half of a normal menstrual cycle may be a sign of ovulation. During this fertile phase, your body is ready to be more attracted to the male pheromone androsterone.

Sensitive breasts or sore nipples can also be a sign of ovulation, thanks to the influx of hormones that enter your body just before and after.

Many women wonder if they can feel ovulation. And for some, it is possible: usually in the form of a slight pain in the lower abdomen, on one side or the other (not on the same side each time). This ovulation pain, called Mittelschmerz, can last between a few minutes and a few hours. You may also experience light vaginal bleeding, discharge or nausea, as well as pain, which is usually mild and short-lived.

Losses or brown spots during ovulation are normal or even frequent. This ovulation symptom can occur when the follicle that surrounds and protects the developing oocyte, or egg, matures, grows and then ruptures, causing a small amount of bleeding. As we age, the blood turns brown, which is why vaginal discharge can vary from red to dark brown. There is nothing to worry about unless the spots persist, in which case you should see a doctor to check for signs of infection and the possibility of an ectopic pregnancy if you have been sexually active.

Some women notice that their libido increases during ovulation, which could be Mother Nature's way of ensuring that we keep the species alive and healthy!

During ovulation, your cervix may become higher, softer and more open. You can check your cervix, as well as your mucus, for symptoms of ovulation, but it can take time to learn the differences you feel and is often more difficult than watching for the other signs of ovulation mentioned above. In many women with a regular cycle, just before ovulation, your cervix will be softer, as if you were touching your lips, but after ovulation it will be harder, as if you were touching the tip of your nose. An obstetrician can also check for changes in the cervix with a speculum and give you advice on how to do this at home.