Pregnancy: what does the amenorrhoea week mean?

As soon as the pregnancy is confirmed, then comes the question of dating. Pregnant women quickly want to know their week of pregnancy in order to follow its evolution. There are two systems of calculation: week of pregnancy (SG) and week of amenorrhoea (SA). The latter remains the one adopted by the medical profession for the sake of precision. Find out how amenorrhoea week differs from pregnancy week. 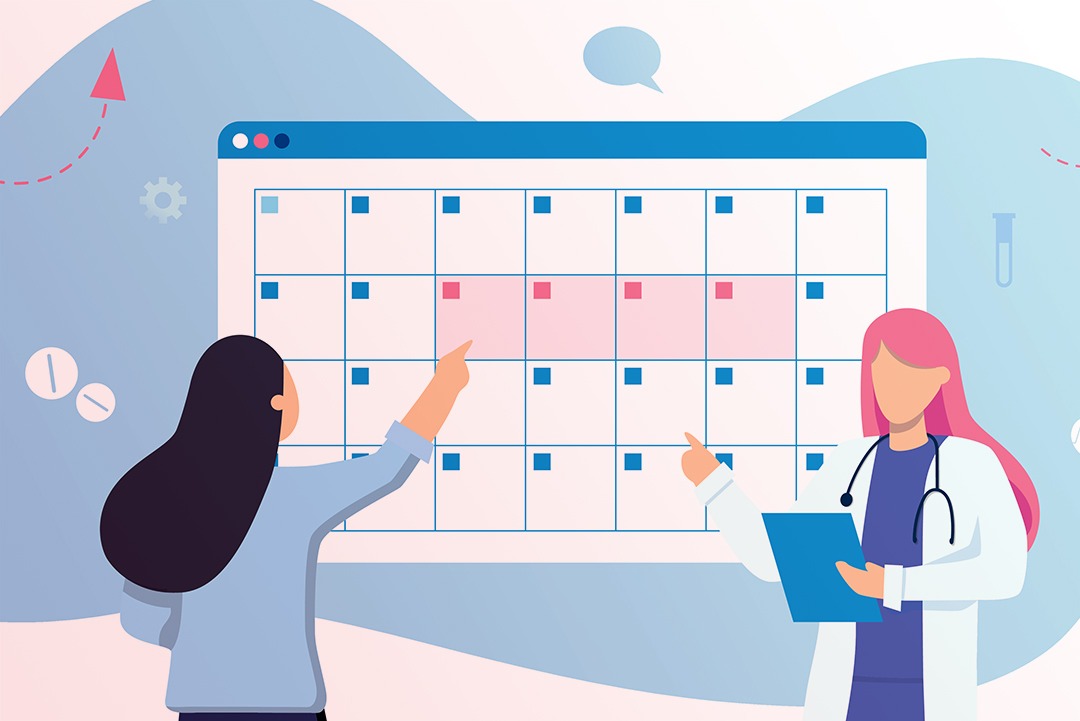 Distinguishing between the two types of amenorrhoea

Pregnant women consult on average at the end of the 3rd month without menstruation. Sometimes, even while pregnant, some women notice the presence of menstruation. This phenomenon is called "birthday rule" in common parlance, and "metrorrhagia" in medical terms. This type of menstruation is characterised by a low abundance, a shorter duration, usually lasting 1 to 2 days, and a darker colour than the usual menstruation.

Understanding the phenomenon of amenorrhea

The first day of menstruation marks the beginning and end of a cycle. This cycle lasts on average 28 days and includes the period of ovulation and menstruation. However, the length of 28 days varies from woman to woman. Some women may have a short cycle of 23 days. These cycles also vary greatly depending on external factors such as fatigue, illness or stress.

The ovulation phase begins when the mature egg is expelled from the ovary. The egg migrates to the uterus via the fallopian tube. It has a lifespan of 12 to 24 hours.The fertilisation phase by one of the 500 million sperm in the male organ can last up to 5 days; the life span of a sperm is 3 to 5 days. If fertilisation and implantation of the egg in the uterine wall does not take place, the egg is evacuated during menstruation.In the opposite case, the woman's pregnancy continues. The placenta then begins to develop around the fertilised egg. Fertilisation gives birth to an embryo.

The embryo produces a hormone that is detected during the pregnancy test. This is the hormone hCG (human chorionic gonadotropin). The menstrual period therefore stops and characterises the primary amenorrhoea, i.e. the absence of menstruation for the pregnant woman. To confirm the pregnancy after a period of absence of menstruation, the practitioner then carries out a pelvic ultrasound, or endovaginal ultrasound if pelvic examination is not possible, particularly in the case of too recent fertilisation. By this means, the practitioner can confirm the beginning of the pregnancy and the presence of the embryo.

Why date the pregnancy in the amenorrhoea week?

This is usually 2 weeks before fertilisation. With this dating system, which starts on the first day of menstruation, the woman is assumed to be pregnant at the end of the 2nd week of amenorrhoea or at the beginning of the 3rd week of amenorrhoea, which corresponds to the period of ovulation and, therefore, of fertilisation. Calculation in amenorrhoea week differs from dating in pregnancy week. The latter type of calculation starts on the first day of conception. The recollection of the date of intercourse is not always accurate and can therefore lead to confusion about the dating of the pregnancy.

In addition, there is an assumed ovulation period and a sometimes irregular cycle. This makes it difficult to determine the date of fertilisation. This is why doctors and gynaecologists prefer to calculate the pregnancy in the amenorrhoea week. Starting on the first day of the last menstrual period, this type of calculation provides more scientific precision.

Pregnant women thus note an indication of the date of pregnancy in medical exchanges and on their ultrasound scans in AS, i.e. in the amenorrhoea week. Dating is fundamental in monitoring the evolution of the foetus and the progress of the pregnancy. Each week of pregnancy has a precise development of the embryo and then of the foetus, up to term. Dating thus makes it possible to observe the baby's good development or to detect any anomalies as early as possible.

How to calculate the week of amenorrhoea?

In contrast to the week of pregnancy, which begins on the day on which fertilisation is supposed to take place, i.e. on the day of sexual intercourse, the week of amenorrhoea is calculated by doctors, midwives, ultrasound scanners and gynaecologists during the first pregnancy follow-up examination. This type of calculation therefore includes the period of the last menstrual period of the pregnant woman.

In other words, the week of amenorrhoea 1 corresponds to her week of menstruation. She is therefore not yet pregnant. This is the opposite of the calculation in the week of pregnancy, which occurs after menstruation. In amenorrhoea week 3, i.e. during the ovulation period, the embryo migrates and positions itself on the uterine wall. A critical period then occurs when either the embryo settles and develops or the embryo is expelled. In the latter case, the menstrual cycle begins again for the woman until the next period.In amenorrhoea week 3, many hormonal changes are felt in the woman's body.

The ovary produces progesterone to thicken the lining of the uterus, the endometrium, which helps the egg to implant itself in the uterus. It is during week 4 of amenorrhoea after fertilisation of the egg by the sperm that many women experience the first symptoms of pregnancy. These signs can include nausea, tighter breasts and increased fatigue due to the increased progesterone produced by the ovary.

For women who wish to have a child, considering the start of pregnancy in the amenorrhoea week induces a change in their lifestyle from the first day of menstruation. Good habits must be established, as the body prepares itself physiologically to welcome a future embryo. Menstruation is precisely a biological and natural response of the woman's body to prepare it for fertilisation. Avoiding alcohol, cigarettes and over-medication during this period is essential to prepare the body for the proper development of the foetus.

How to date the pregnancy in the amenorrhoea week?

The fetus is moving around a lot and the mother may feel slight blows against her abdominal wall.In the 40th week of amenorrhoea, the term is near. Baby now weighs an average of 3.2 kg and is about 50 cm tall. He now has less room to move and is preparing for an imminent birth.

Recalculation of the ultrasound dating

The dating in weeks of amenorrhoea may also be subject to change. During the first ultrasound examination, the practitioner confirms the expected date of delivery (EDD). If necessary, he or she will modify the presumed date of the beginning of pregnancy. This ultrasound takes place during the 11th and 13th week of amenorrhea. It is essential especially for women with irregular cycles.

The amenorrhea week dating begins on the first day of menstruation for a period of ovulation and fertilization in week 3. Ultrasound dating provides more precision on the day of fertilization if the fertilization period did not take place at the assumed time.

The gynaecologist-obstetrician or radiologist then makes several measurements of the foetus to confirm or change the date of fertilization. He or she measures the diameter between the parietal bones positioned on the sides of the skull. Lengths are also measured: from the head of the foetus to the bottom of the buttocks, the femur and the nape of the neck called nuchal translucency.After the dating ultrasound, the DPA is confirmed and will not be changed during the pregnancy. 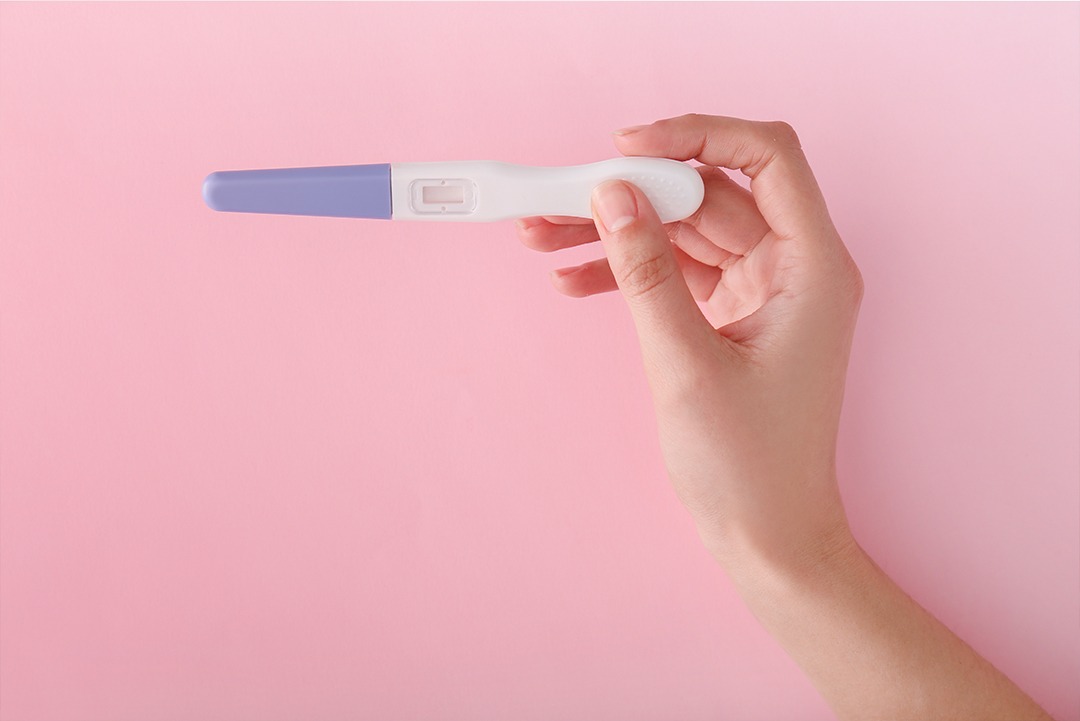