Caesarean Delivery: What Is The Procedure?

Whether planned or not, a caesarean delivery can be a source of concern for mothers-to-be. How does the procedure work? Who is involved? To answer any questions you may have, here are the different stages of a caesarean delivery to prepare you as much as possible for this delivery. 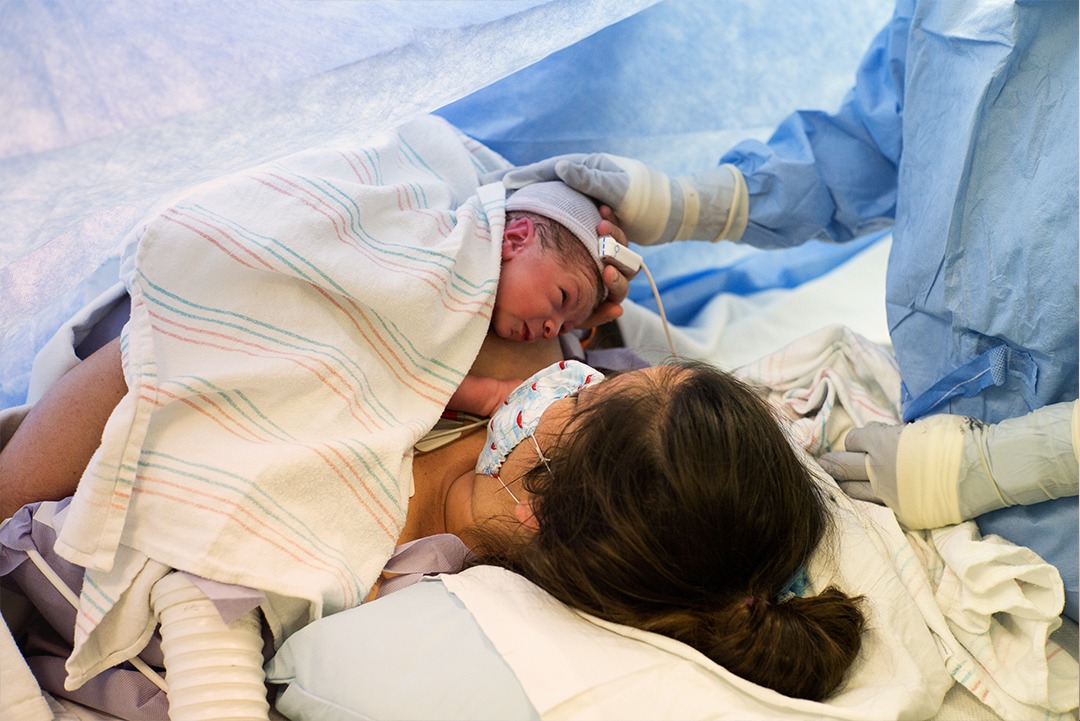 The stages of a caesarean delivery

For medical reasons, the gynaecologist-obstetrician may schedule a caesarean delivery. This involves surgery in the operating theatre, in a dedicated caesarean section room in the maternity hospital.

Preparation before the operation

Before the caesarean delivery, a midwife welcomes the future parents and installs the mother in the birth room. She performs a few tests on the mother, including taking her temperature, urine analysis, placing a monitor and measuring her blood pressure.

For a caesarean delivery, certain recommendations must also be considered.

A caesarean delivery necessarily leads to reduced mobility during the recovery period. This can lead to blood circulation problems. To avoid possible complications, such as phlebitis, wearing support stockings is strongly recommended.

Therefore, the mother-to-be is encouraged to wear her stockings during the birth and keep them on for several weeks afterwards.

During the delivery, the mother should be free of nail polish and jewellery. The pubic area should be shaved either by the mother before she enters the maternity ward or by the midwife before the operation to facilitate the operation and avoid possible infections. The mother-to-be must wear a sterile garment comprising a cap, gown and paper slippers.

The delivery process during the caesarean section

During the caesarean delivery, the father or the accompanying person chosen by the mother-to-be can be present if they wish. They are prepared by the midwife and must also wear sterile clothing with a cap, gown, mask and paper slippers.

Accompanied by the midwife, the patient is taken to the caesarean section room. An IV and a blood pressure monitor are applied by a nurse, who also applies a disinfectant to the mother-to-be's stomach, upper thighs and back.

A sensor is placed on her chest and fingertips to measure her heart rate and oxygenation.

The anaesthetist then administers a small local anaesthetic to numb the area where the spinal needle is placed, at the vertebral level. The anaesthetic injected during spinal anaesthesia is a different dosage from that for a vaginal delivery with epidural and causes a motor block to completely numb the lower body of the mother-to-be.

During a caesarean delivery, the anaesthetist remains present to ensure that the procedure progresses smoothly.

A urinary catheter is inserted, and the mother-to-be must lie flat on the operating table with her arms crossed.

An operating field is set up. The sterile sheet, placed at the level of the mother's upper abdomen, hides her view of her uterus. This way, the patient and father can see the birth without directly seeing the incision in the uterus.

The obstetrician-gynaecologist then performs the caesarean delivery. The procedure takes only a few minutes and is painless. The obstetrician makes an incision in the skin just above the pubic bone, in the lower part of the uterus, in a horizontal direction. The muscles and tissues are stretched, and a second incision is made in the uterus. The amniotic fluid is aspirated. The obstetrician then delivers the child by gently pressing on the upper abdomen. They cut the umbilical cord and hand the newborn to the midwife, who places them on the mother. The placenta is then removed.

Suturing is then performed with absorbable threads or staples. This operation lasts an average of 30 to 45 minutes, after which the mother is taken to the delivery or recovery room, depending on the maternity hospital.

A hospital worker then thoroughly cleans the operating theatre. They guarantee hygiene for a new caesarean delivery.

This is performed to ensure the survival of the mother and child if the delivery presents difficulties. The decision is made by the obstetrician-gynaecologist on duty, called by the midwives.

The procedure is the same as for a scheduled caesarean delivery; however, the operation is much faster.

The mother's arrival in the operating theatre is rushed, which can be traumatic for her, depending on the context.

The baby has finally arrived! As soon as the baby is born, the obstetrician gives the midwife the baby, who is wrapped in a swaddle before being presented to the parents. The midwife places the newborn on its mother.

First care of the child

The child can remain on their mother during the suturing process if their health permits it to promote the benefits of skin-to-skin contact. The first care is thus postponed to favour skin-to-skin. However, this practice can vary from one maternity hospital to another.

Depending on the maternity hospital, the medical team takes advantage of the suture and the care given to the mother to perform the first medical examinations of the newborn.

The midwife or paediatrician and a childcare assistant conduct a clinical assessment, checking the baby's weight, muscle tone and temperature.

The father or person accompanying the mother is invited to attend these first treatments. This reassures the mother-to-be. It is a unique opportunity for the father to see his child take their first steps. The birth reflexes are checked to measure the motor skills of the newborn.

The father can also take advantage of this moment to practise skin-to-skin with his child after the baby's medical examination.

The benefits of skin-to-skin

After the birth, the mother is kept for 2 hours for observation in the birth room. Her child is taken to her for skin-to-skin contact or the first breastfeeding.

If the mother is in the recovery room in a shared area, she has to wait until she is taken back to the postnatal room before bonding with her child. She is then reunited with the father and child, who are waiting for her in her room.

Skin-to-skin contact provides benefits recognised by the High Authority on Health. It reassures and comforts the newborn, who recognises the smell and voice of their mother while snuggled up against her.

If the father takes over from the mother during her care, the child, during skin-to-skin contact, recognises the smell and voice of their father. This is an important moment that strengthens the father-child relationship. 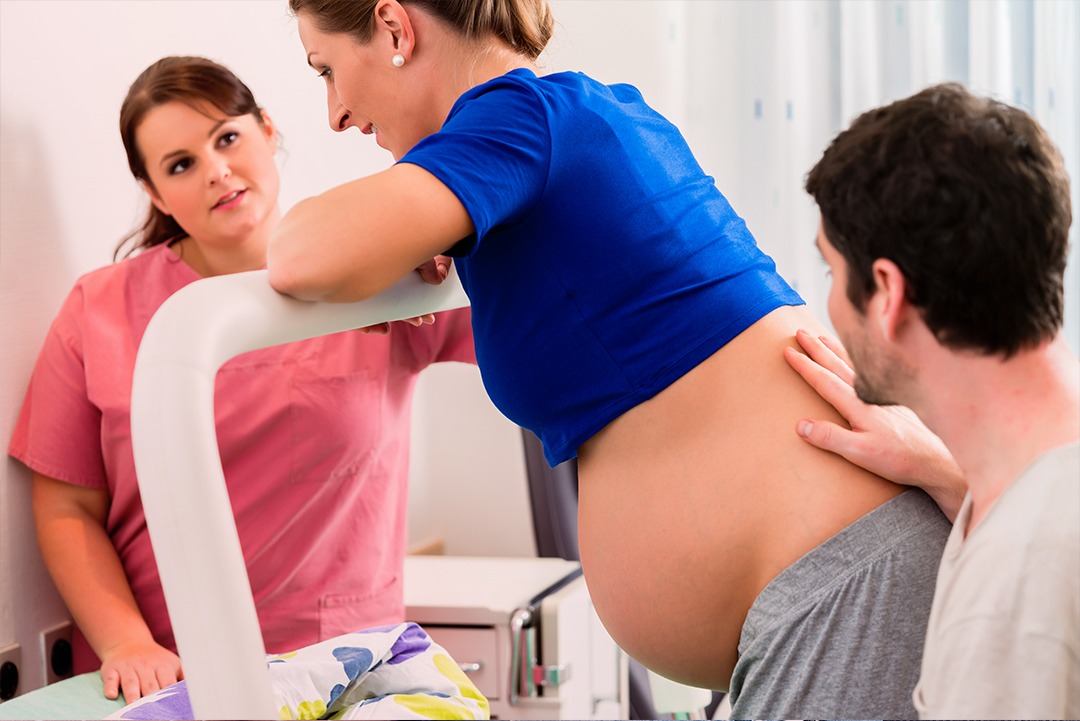 Birth preparation
Delivery room: how to prepare for childbirth 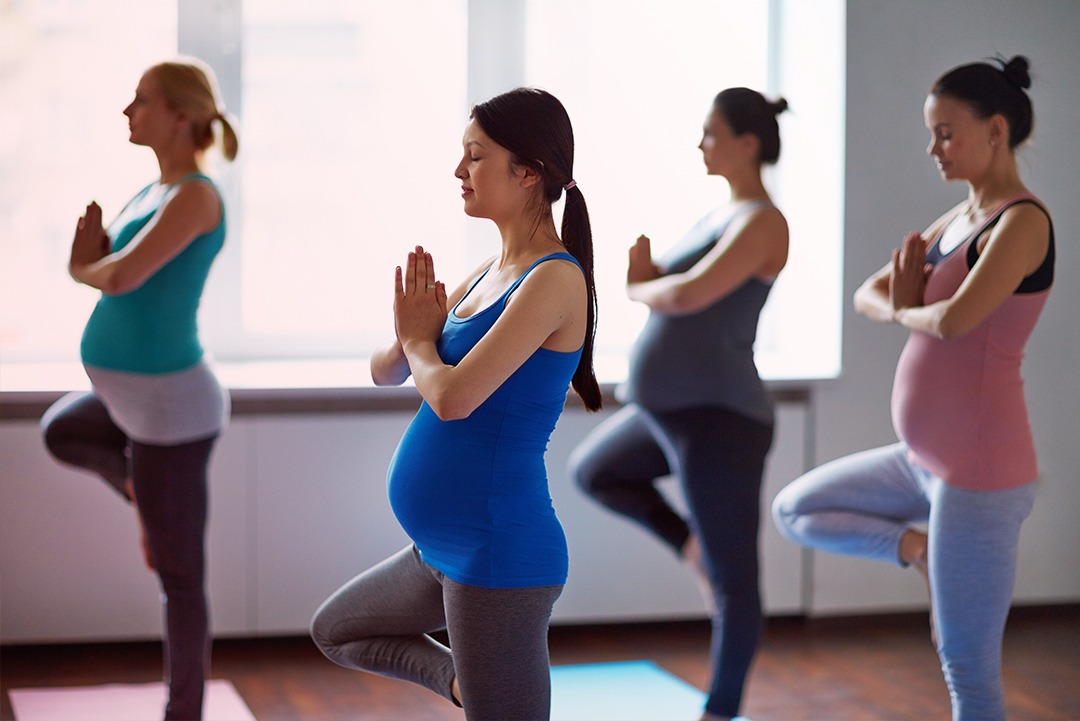 Birth preparation
What are the different types of preparation for childbirth?