Pregnancy is a sensitive period in a woman's life. It involves physiological, biological and psychological changes. With emotional peaks, a restructured body image and a consequent reshaping of self-esteem, it is a far cry from the pregnant woman idealised by fashion magazines. If we assume that a single pregnancy has its share of difficulties, what about multiple pregnancies? 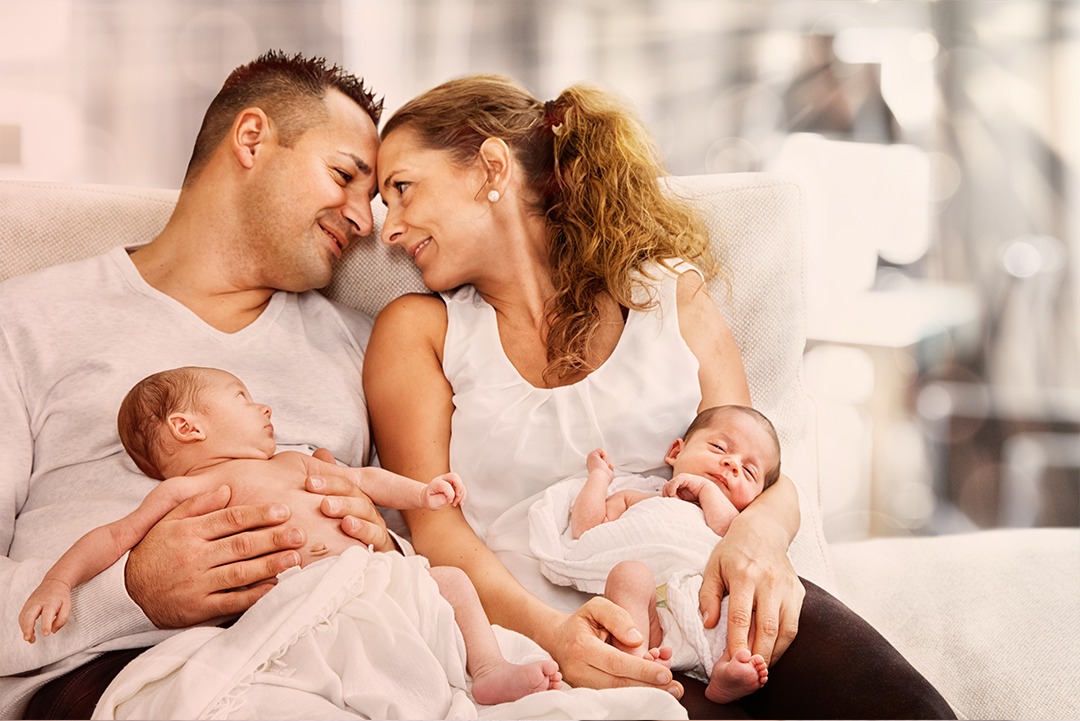 Multiple pregnancies do not necessarily mean multiple difficulties. However, the potential risks of complications are multiplied since each foetus is an individual, even with monoamniotic twin pregnancies. Although scientific advances have improved the diagnosis and medical monitoring of these pregnancies, progress is still required, especially regarding the psychological care given to these parturients.

Apart from the "multiple" argument highlighted by the presence of the foetuses, the physical, hormonal and psychological changes imposed by these pregnancies must be considered. Multiple pregnancies are different, and pregnancy monitoring, delivery and postpartum must be adapted.

Multiple pregnancy: a significant difference from a physiological and biological viewpoint

The body of a woman with a multiple pregnancy undergoes greater changes (Édouard, 2000). The weight gain imposed by the foetuses, the nutrient reserves and the pronounced shape of the belly are reasons to feel different from your previous self and also from others. What about the body aches? They are more pronounced with multiple pregnancies.

As the months pass, the belly increases in size, the mother's weight increases, and so does the weight of the babies. Consequently, the pelvis is put under strain, and it is not uncommon to experience back pain. The legs also become heavier, and in some cases, carpal tunnel syndrome is triggered, accompanied by many equally unpleasant symptoms.

Additionally, the level of hormone secretion is higher than in a normal pregnancy. The emotional peaks are therefore more constant and pronounced. The level of HCG hormone in the blood is used to determine whether a pregnancy is a twin or a single.

Some studies also show that the level of hormones produced is a physiological response of a woman's body to her condition. Once the neurotransmitters send information to specific areas of the brain, these areas increase hormone production, required for the proper development of the foetuses in the womb.

A difference from a psychological viewpoint

The main difference with a multiple pregnancy is psychological. First, when the news is announced, feelings are mixed: the main ones are joy and anxiety. The joy relates to giving birth and having the privilege of being out of the ordinary. It also relates to arousing curiosity and feeling special.

The views of others play a significant role, and the apprehension of their reaction can induce ecstasy or fear. Anxiety can arise from perceived inability to be ready and able to care for several babies at once. If the woman is already a mother of other children, she may fear being overworked. She may also fear having insufficient money because a twin pregnancy requires special follow-up with special medical examinations.

The course of the pregnancy also causes concern. The risks of complications and miscarriages in the first trimester are greater for multiple pregnancies.

The fear of losing or harming your children is always present. "Am I doing the right thing?" Much responsibility is placed on the mother at an early stage. The slightest problem may result in guilt. If one of the foetuses has to be terminated, the guilt of its loss may affect the future of the remaining foetus.

The body changes experienced early on from the 12th week of gestation also impact the woman's body image. Some women say they feel too fat and do not hesitate to call themselves fat. Unsurprisingly, the unity of body and identity is shaken because self-image strongly depends on body image.

Mimoun said, "each time the unity of the body schema is put in crisis, it is the very identity of the subject that is called into question". When the woman has difficulty accepting these changes and fears being marked forever, her self-perception may be seriously affected.

Additionally, the autonomy of a woman pregnant with twins or triplets is rapidly called into question. It is often necessary to stop all professional activity to preserve her life and that of her children. In some cases, hospitalisation for several days may be considered, especially in the event of complications.

The difference in care

Depending on the type of multiple pregnancy, rapid care is recommended. The primary goal is to ensure the well-being of the mother and her foetuses. Multiple pregnancies present certain risks of complications, and the medical examinations and follow-up are managed differently.

Ultrasound scans, for example, are performed more regularly than with a normal pregnancy. The development of the pregnancy must be monitored.

In multiple pregnancies, vaginal delivery is subject to conditions. Many women have caesarean sections, for example. Additionally, the baby blues that are so common after childbirth may persist here and lead to postpartum depression. This is an extremely difficult time for mothers of twins or triplets.

Taking care of several babies is not easy. The mother may worry about being unable to love her babies in the same way. How will the mother-child care and attachment that is so precious to creating and developing a unique relationship work?

Rather than being stigmatised, as they were a few decades ago, provision is made for multiple pregnancies. As they are different, they require a specific approach. With concerns about various complications and physiological and bodily changes, pregnancy monitoring requires careful psychological attention. Pons, Charlemaine and Papiernik, in 2006, highlighted the quality of the relationship between the health care provider and pregnant woman while emphasising the specificity of each situation.

It is necessary to reassure women with multiple pregnancies to alleviate their fears, dissipate their uneasiness and give them a positive outlook suitable for a healthy pregnancy. The pain felt by such women is not insignificant, nor are their emotions.

Twins and triplets are exceptional cases, but they are by no means a problem that should create after-effects or put the mothers to the test. Adequate support enables parents to meet this challenge, as with a normal pregnancy.

It is important to talk about them and primarily to avoid becoming trapped in a spiral conducive to the onset of postpartum depression. Associations exist for parents who have had multiple pregnancies to make their voices heard and support future parents of twins or triplets. Talking about them and supporting each other makes it easier to manage this different pregnancy. 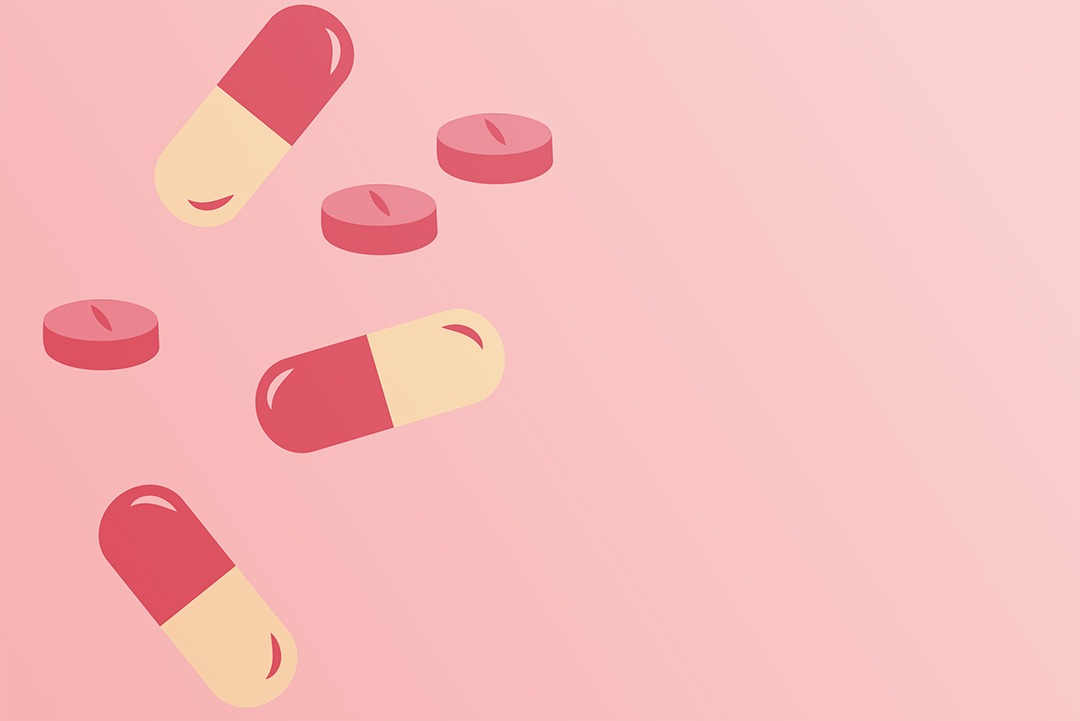 Prepare your body
How much folic acid to take while pregnant?