The development of the baby’s brain during pregnancy

Prenatal development comprises three periods of foetal maturation: the pre-embryonic period from fertilisation to the third week of gestation, the embryonic period from the fourth to the eighth week of gestation, and the foetal period from the ninth week of gestation to birth. During these periods, the foetal brain forms and undergoes maturation, which will be completed during adulthood (i.e., at around 25 years of age). It is therefore important for pregnant women to be informed about the stages of foetal brain development to ensure that abnormalities such as anencephaly or spina bifida are avoided. 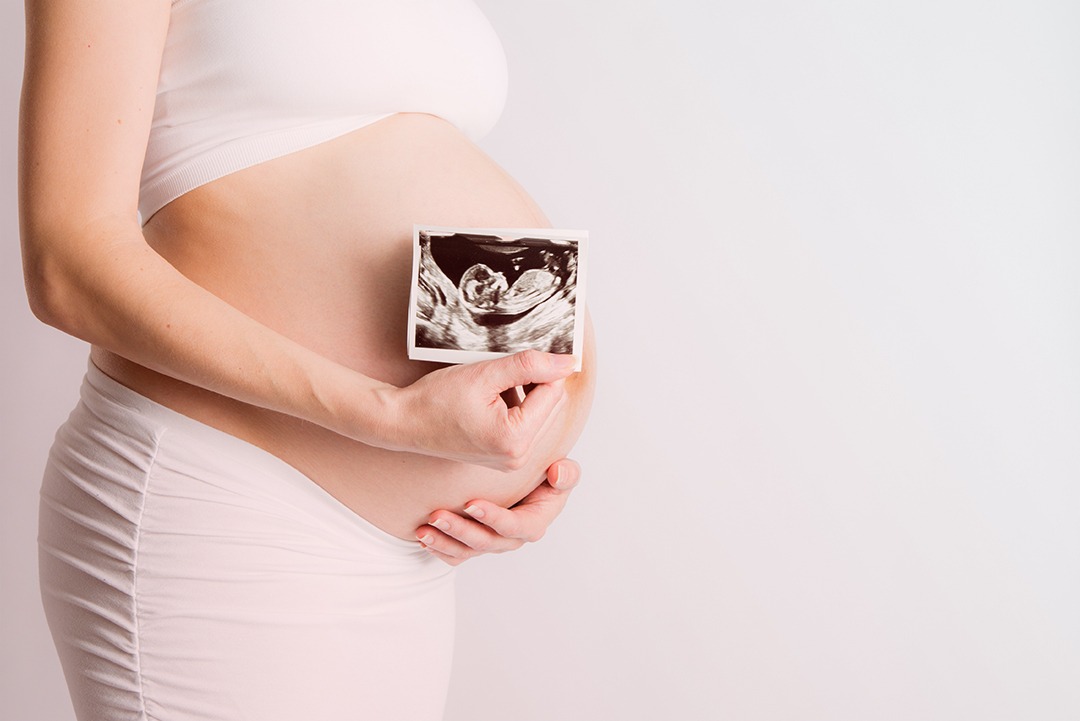 The genesis of the human brain

During the embryonic period, a neural plate develops, which is the origin of the nervous system. After maturation, the neural plate develops into the neural tube, which lengthens as the weeks of gestation progress. At around the sixth or seventh week of gestation, the upper part of the neural tube forms a bulge that closes, which will develop into the brain, while the lower part divides into the spinal cord and the nervous system.

With each trimester, the baby’s brain will develop with an upward speed peak and, being the operational centre of every human being, induce the development of other major functions that can be felt throughout the pregnancy (e.g., motor movements). Prenatal examinations such as ultrasounds make it possible to monitor the maturation of the brain, which guarantees the general health of the baby.

Prenatal brain development in each trimester

The structure of the human brain is complex. The neurons ensure communication between the different parts of the brain and the rest of the body. The nerve cell, which is the basic functional unit of the nervous system, will develop in large quantities to allow the foetus to mature.

During the first trimester

Following the creation of the neural tube and its gradual differentiation, the baby’s brain will take priority during the first trimester. It will be the fastest-growing organ and will account for almost half of the foetus’ weight and size. The flow of millions of neurons will be important, as they will have the complex task of conveying information during growth.

During the second trimester

The second trimester is a continuation of brain maturation from the first trimester. Neurons ensure that organs form and reflex movements controlled by the brain stem occur. The area of the brain that is in direct communication with the spinal cord, which has sufficiently developed during the second trimester, is responsible for the baby’s reflex movements following a loud external noise.

During the second trimester, all parts of the brain will have almost completely formed. The baby will start to have sleep cycles, and the mother will feel this. The mother will be able to tell with some certainty whether the baby is sleeping or awake. The baby will be particularly attentive to the mother’s movements and surrounding noises.

The third trimester or the final phase of prenatal brain maturation

During the third trimester, the baby’s head will triple in size as the brain matures. The convolutions of the cerebral cortex will increase, and differentiation between the left and right brain will occur.

The cerebellum, which controls the baby’s voluntary motor movements, will also develop. In contrast to the reflex movements of the second trimester induced by the brain stem, the baby will react voluntarily to internal and external environmental stimuli. The baby will, therefore, be alert and make movements that will sometimes be uncomfortable for the mother.

Prenatal examinations and the main parts of the brain

During the different phases of brain maturation, prenatal examinations will reassure the mother that the brain is developing well. The examinations will be based on careful observation of each of the main parts of the brain, as listed below.

The encephalon is a major part of the brain that controls higher functions such as voluntary behaviour, thinking, language, planning, and others. Together with the spinal cord, it forms the central nervous system. The cerebral cortex, lobes, and hemispheres are located in this area.

This region of the brain houses the thalamus, basal ganglia, and hypothalamus-pituitary axis, which coordinate movements, the reward system, hunger, sleep, reproduction, etc.

Closely linked to the forebrain, the midbrain has a large grouping of neurons that affect visual and auditory reflexes as well as emotions and mood.

The rhombencephalon influences respiratory rhythm, cardiac activity, and blood pressure via the brain stem. More importantly, it houses the cerebellum, which will influence the coordination between motor movements and cognitive processes such as grasping an object.

What should be undertaken and avoided to promote the development of the baby’s brain?

Although the foetal brain naturally matures, it requires assistance to properly develop. The foetal brain is intimately linked to the mother and develops through four types of exchanges through the placenta: passive transport, active transport, facilitated transport, and transendocyte transport. Proper placental development and functioning lead to adequate foetal growth. Additionally, the mother’s diet and hygiene habits positively or negatively impact the baby’s brain development.

Folate is a type of vitamin B that is necessary for the development of the foetus’ nervous system. Mothers need to consume folate because the baby does not yet produce enough of it. Folate is available in green vegetables and is also present in prenatal vitamins prescribed by medical professionals. In addition, a diet rich in fatty acids will influence the maturation of the brain, which is composed of fatty tissue. Thus, omega-3 fatty acids found in fish such as mackerel or salmon are recommended.

In contrast, alcohol, tobacco, and other drugs should be avoided during pregnancy as their consumption negatively impacts the foetal brain and can cause irreversible effects. Similarly, diseases and infections must be monitored closely because that which affects the mother will in some way affect the foetus.

During prenatal visits, the pregnant woman will receive advice to ensure proper foetal development. In addition to nutrition, psychological factors such as stress, attention, attachment, and others will also play a major role in the maturation of the baby’s brain. Being receptive and sensitive to the elements of its environment, there is no doubt that environmental factors will impact the baby.